On January 1st 2016, myself and 6 friends embarked on what could only be described as one of the most mental things I have ever done. If you are looking for adventure, excitement, incredible landscapes and amazing people mixed with danger, fear, lack of hygiene and sleep not to mention horns, then the Rickshaw Run is for you. 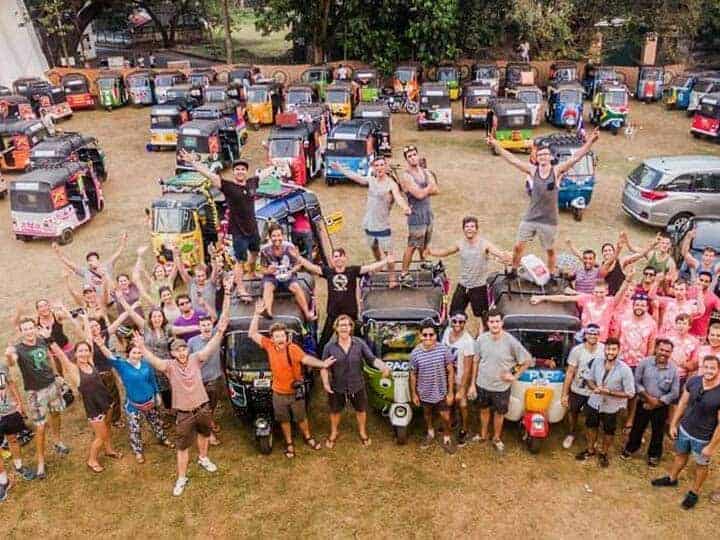 It all started back in August 2015 in Bali, Indonesia when myself and a friend Dan had the urge to go on a crazy adventure, but we didn’t know what. There are so many trails, extreme sports and adventures to go on these days that we needed something different. Something no one had really heard of. After a bit of research on the Internet, we came across a company who call themselves The Adventurists and noticed they had a challenge called The Rickshaw Run.

In the Rickshaw Run, you had to drive between 2,500 – 4,000 kms across India in Rickshaws (also known as Tuk Tuks) and raise money for charity. 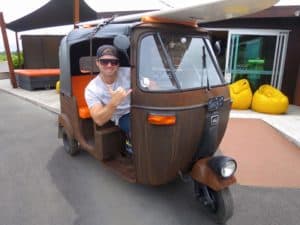 Sounds easy right? Well if you don’t know what a Rickshaw is, they are pretty much tricycles with tiny motors that go approximately 50km maximum and are made for small trips in a city. Not only that, there is no set path, no support vehicles, just the key to the Rickshaw, an address to the finish line on the opposite side of India and a disclaimer to sign in the event that you crash.

So in short, the perfect adventure!

We then set off to the beach to meet with some friends for dinner and about 5 shots and multiple cocktails later, we had recruited 5 more friends and we branded ourselves as Rugged Aid. That night we all booked our spots for The Rickshaw Run 2016 from Kochi – Jaisalmer.

4 months after the slightly intoxicated decision and next to no planning, we all arrived in Kochi, Kerela with a few days to “pimp” our rides before the race started. Now if you haven’t been to India before like none of us had, let 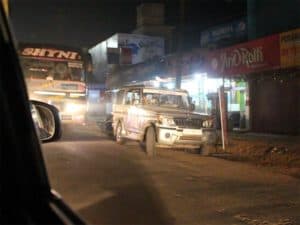 me just say India is crazy. The traffic is completely mental, cars go both ways in the same lane, people use horns as much as they breathe it literally drives you insane, there was a tonne of rubbish around and there were next to no street lights. The biggest hazard I saw though was huge trucks driving with no lights on the wrong side of the going full speed, seriously a scary sight considering Rickshaws were like ants to them.

That being said, we did make it to our hotel and settled in for the night.

THE PIMPING OF THE RICKSHAWS

3 days before the event starts is the designating time for pimping and test driving. We headed down to the grounds of the Rickshaw Run HQ for signing in, signed our lives away were given the keys for our chariots. I have to admit it was love at first sight! 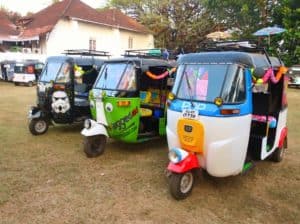 For the next 3 days, we pretty much repainted the rickshaws, recovered the seats, added little nic-nacs to make it feel more homely and drove them around the streets.

I have to admit, when I first sat behind the wheel it felt like little go kart. It was so novelty! Rickshaws have 4 gears controlled by the left handlebar and clutch on the same side, accelerator on the right handlebar and a right foot brake which was located in a really awkward spot. It was hilarious.

All in all, we managed to pimp our rides, got semi familiar with how to drive them and got ready for the New Years Eve party before the adventure began. Click here to see our New Years Eve video

The day finally came and after shaking off a huge hangover, the boys packed their bags and made it to the Rickshaw Run HQ. When we arrived the energy was surging from everyone, horns were going off, everyone was dressed up, Rickshaws were revving and there was a mass crowd outside ready to cheer us on. 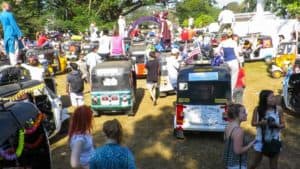 It turns out, we had far too much luggage. Note to all considering the rickshaw run, don’t bring much. Apparently these machines tip easily when luggage is strapped to the roof, but with no other options we did what we had to and got ready to roll!

Adrenaline pumping and engines revving, we headed out the gate to the checkered flag and began our the adventure of a life time.

The next 14 days until the finish line were incredible. It was one of the biggest rushes I’ve ever had and so much was going on, the feeling looking back is so hard to describe. We must of seen at least 6 major car/truck accidents, vast differences in landscapes from the paradise beaches of Goa to the Smog filled industrial areas around Mumbai and the Mountains of Mount Abu to the cold desert of Rajastan. It was such an adventure. 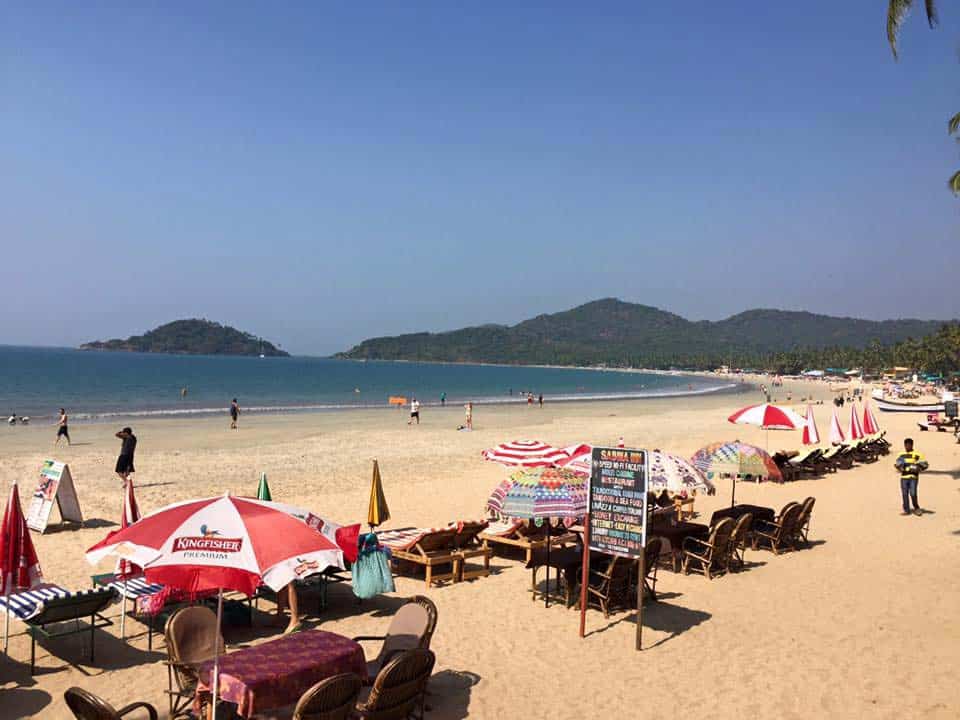 You get to see a side of India that most people wouldn’t see. Having 8 or so breakdowns allowed us to get close with the locals in country side towns and I have to admit, they are probably the friendliest people I’ve ever met. A few of us even got invited to a wedding and were guests of honour which is so random and then a few days later we were guests of honour at a 1 year olds crazy roof top disco party. 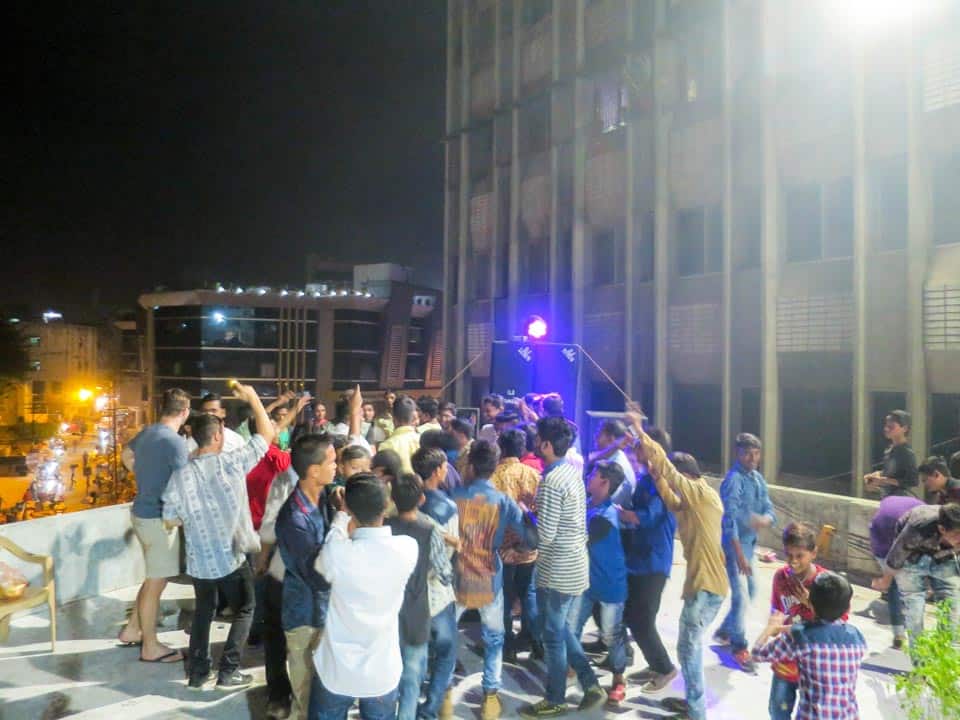 We were 20 minutes late to the deadline of 12:00 on the 14th of January but after breaking a few road rules and cutting a few corners, we made it in time for the celebratory convoy around the city in our beloved Rickshaws. 80% of the teams made it in on time so roughly 75 Rickshaws hit the streets of Jaisalmer with people hanging off them, sitting on them and making a huge noise. The police didn’t agree too much but no fines were given.

Upon returning to the Castle where the celebrations were being held, we had the chance to all do a few last donuts and then it was time to hand in the keys thus completing the Rickshaw Run 2016 Kochi – Jaisalmer. 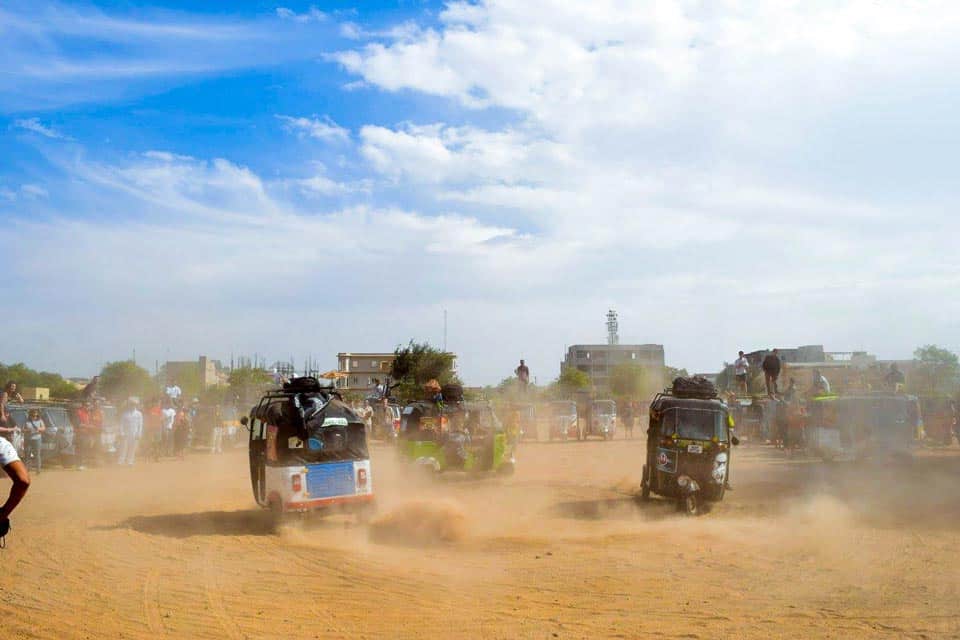 A lot of people have asked me what I thought of the Rickshaw Run and I have to admit, it’s one of the best things I’ve ever done. Would I do it again? Probably not. I feel if I went back for a second time, it will never be as good as the first time so instead I would go for something bigger and better. Perhaps the Mongol Rally.

However though, if you have never done it before I would highly recommend you do it. It could well be the most extreme, bizarre, dangerous and exciting thing you’ll ever do. Talking with a few other people too, they said it’s the biggest eye opener, most amazing experience and is one of those things you’ll never forget.

So if you are thinking about going on the Rickshaw Run, do it! You won’t regret it. 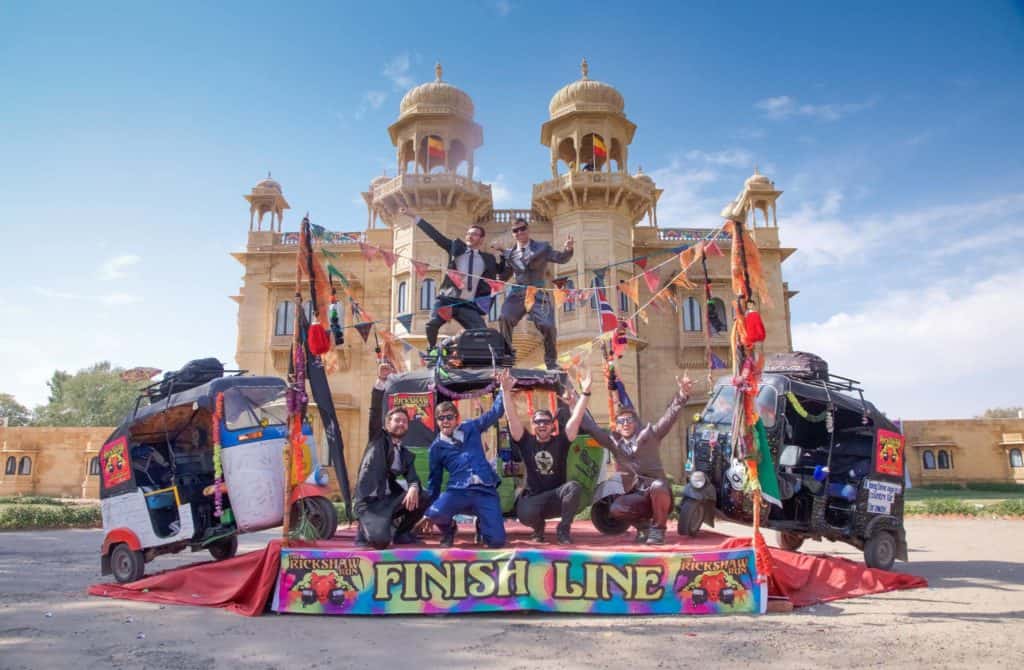